Where to Shoot a Whitetail Deer With a Crossbow: People who are new to crossbow hunting will also be new to bow hunting in general. And because of this fact, we thought it would be good to take a minute and go over proper shot placement when using a crossbow.

So in this article, we will look at proper shot placement when hunting with your crossbow. Unlike a bullet shot from a gun that kills from shock, arrows kill game from hemorrhage.

So you need to make sure that you take shots that will give you the best opportunity to dispatch an animal as quickly and humanely as possible.

And because the white-tailed deer is the most widely hunted species, we’re going to show you examples of the types of shots you should be taking when deer hunting. 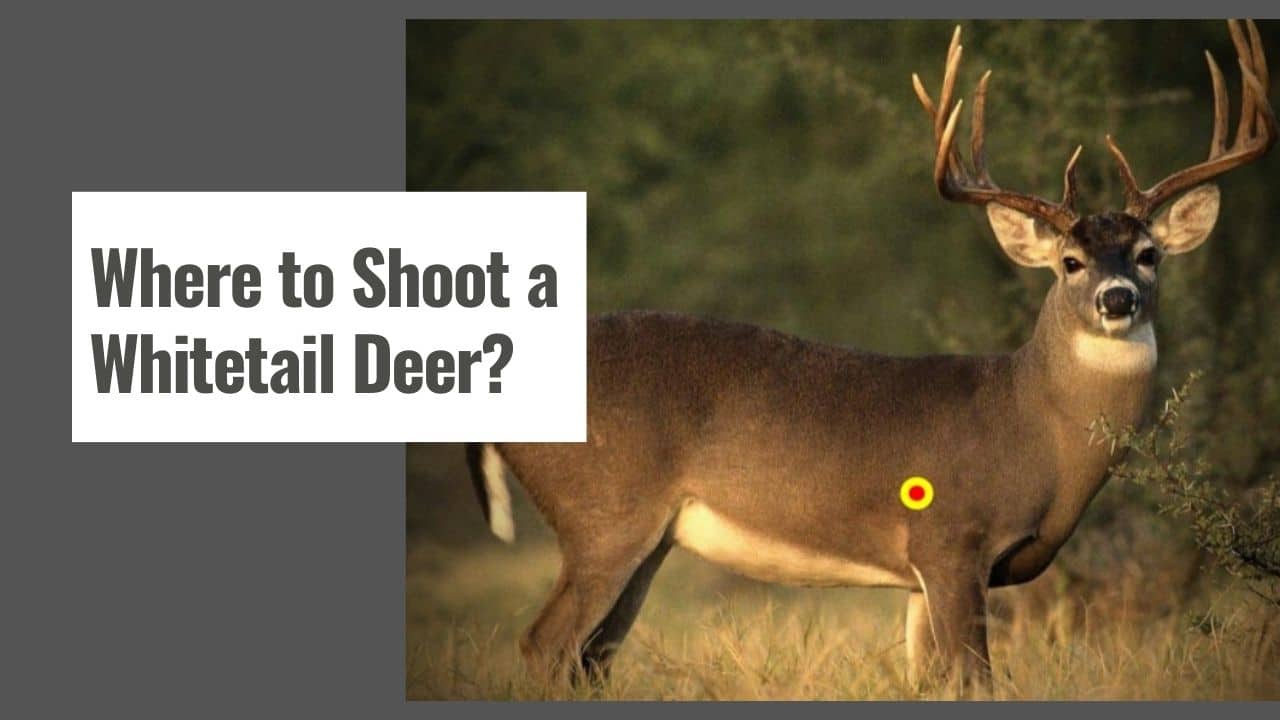 Where to Shoot a Whitetail Deer With a Crossbow?

Most deer hunters love to carry and use guns to shoot deer. However, these won’t be the types of shots you want for when hunting with a compound bow arrow.

For ensures the highest percentage of success when hunting a whitetail deer with an arrow; our goal should be to aim for the vital organs, such as the heart, lungs, and liver.

To ensure your arrow penetrates one of the vital organs, you need to ensure that your arrow makes contact with a bit bone as possible.

How to Keep Your Arrow Stays Away From the Deer’s Front Shoulder?

Well, first, you have to aim in the right spot, and second, you need to make sure that the animal you’re hunting is in the correct position. The two best positions to shoot a deer are at broadside and the path of the arrow.

Broadside indicates that the deer is perpendicular to you. The path the arrow will take to get to the deer or to quarter away shot means that the deer is slightly angled away from you. Both these shot angles will give you the highest percentage of success.

As we have already mentioned, the broadside shot aims just behind the deer’s shoulder. It gives you the best opportunity to hit the heart or both lungs of the deer.

So on a quartering away shot, you should always aim for the opposite shoulder. Doing so will give you the best dives to take out both lungs. It is often referred to as a double lung shot.  It will make a quick kill for you.

However, if you try to shoot a quartering deer just behind the shoulder and hit close to the front shoulder, there are real chances that you may only hit one lung.

A deer with one lung can live for a long time. So just make sure on a quartering away shot that you aim for the opposite shoulder. This particular target may mean that your point of impact is back here.

The path of an arrow would be coming out in the front shoulder. How high or how low to aim at a deer depends on how you’re hunting. And also on the temperament of the deer, you are trying to shoot.

From Where to Aim?

Moreover, hunting becomes easy if you’re hunting from the ground or in a ground blind. You should aim either at the midline of the body or lower closer to the heart level.

If you’re hunting from a tree stand, you want to aim lower than Midway, especially when the deer is closer to your stand.

Therefore, instead of working against gravity, your arrow will go with it and will hit higher. When shooting at a downward angle, you need to aim slightly lower than you would typically do.

However, to know exactly how high you will hit when you are on the ground, you’ll need to practice with your crossbow from an elevated position. After having some field experience, you will learn how to adapt the temperament of the deer during hunting.

Things to Know About Deer Hunting

Deers are always nervous. They tend to have a sixth sense when reacting to an arrow shot from a crossbow. It is called jumping. What they’re doing is ducking the string. It means, on a nervous deer when an arrow is shot, they tend to drop.

So even though you may have aimed in the right spot, if the deer drops, you can hit high, or you could shoot overtop of it. In such a case, you can also aim at lower than the right spot.

So, I hope now you already know Where to Shoot a Whitetail Deer With a Crossbow? Before going for your final shot, we recommend you take time and observe the deer in the wild. If you feel your deer is calm and has no idea you’re in the woods, then you can go for your final shot.

However, don’t underestimate the distance between you and the deer. It will keep you safe from getting hurt even if the deer doesn’t drop after the shot.