How to Choose a Crossbow: If you want to buy a crossbow exclusively for entertaining target shooting, then your choice can fall on almost any crossbow available to your pocket. It can be both a budget block crossbow and a recursive crossbow.

Well, if you have a serious amount, then it can be a crossbow from leading manufacturers with serious indicators both in speed and in the stability of the shot. 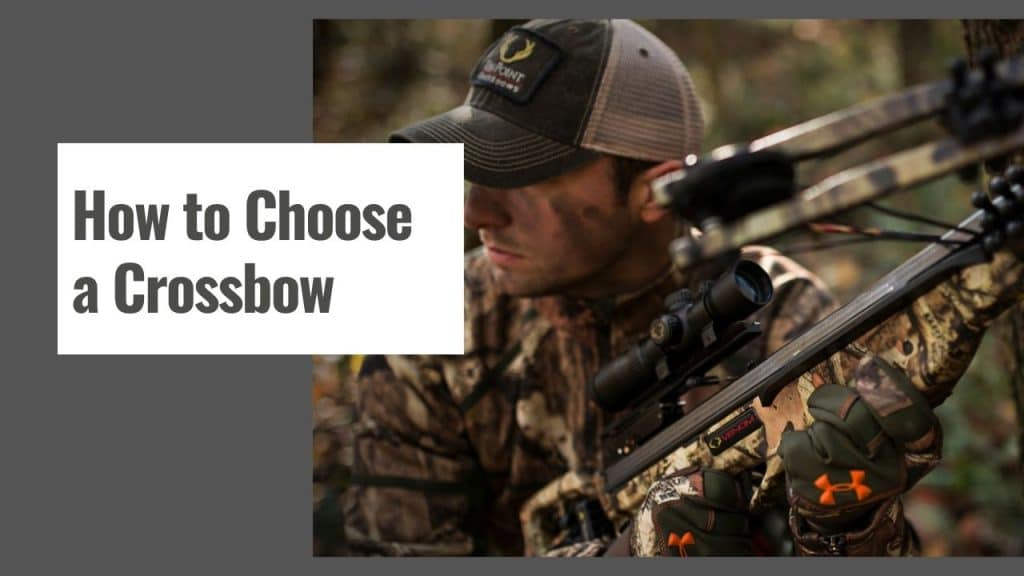 How to Choose a Crossbow

For Sports and Sniping

The choice of a crossbow for sports 3D shooting and accurate shooting at long distances requires a more specific, I would say, careful approach to the choice of one model or another.

Your budget plays an important part here, however. If you are ready to purchase a budget model, then I do not see anything wrong with this; crossbows with a low price category can easily acquaint you with the specifics of shooting, give you an understanding of the process itself, and, ultimately, can unleash your potential arrow. If you are ready to immediately invest in a good purchase of an expensive crossbow model.

It’s a really hard chore to choose a crossbow for hunting. And there can be no question of any budget models of crossbows! The hunting crossbow must be a reliable, powerful, and accurate hunting machine.

Which one to choose? Block or recursive?

There are pluses everywhere. Yes! Namely, the pros, since the evolution of modern crossbows, have absorbed all the best. And looking for cons in one or another crossbow scheme will be a thankless task.

The first thing I want to say right away, and this question torments many: “Which crossbow is more powerful – recursive or block?”

And the answer to this question is: “Of course, a block crossbow!” It will be more powerful with the same tension on the shoulders; it will give out the arrow departure speed by orders of magnitude more than the recursive one.

But, again, with a block crossbow, you get small shoulders, which is beneficial in the process of running hunting.

Also, do not forget that the block crossbow, thanks to the blocking scheme, has a so-called force release. Such crossbows experience less stress, the strength of the bowstring at the lock of the crossbow is significantly less. In this connection, the accuracy and range of the shot increase.

The block scheme is undoubtedly more complicated than the traditional, recursive one, and, one way or another, you will have to face the problems of block synchronization and to set up the entire scheme as a whole.

Still, having gained experience and knowledge in the future, you can easily solve such problems, with a strong understanding that the block system is no less reliable than the recursive one.

There are three types of shoulders, and this applies to both recursive and block crossbows. The first type is the shoulders with a small ATA (swing), the second – with an average ATA, and the third – with a large ATA. Behind all these dimensions, there are very significant nuances.

Crossbows are equipped with vibration dampening mechanisms by the manufacturers in that respect.

And, just about comfort, I want to tell you. In contrast to the rifle one, the new bullpup scheme allows you to preserve the effectiveness of the crossbow, significantly reducing its length, and this is not just a primitive desire to reduce the size of the crossbow.

Thanks to such innovations, crossbows are becoming more applied. Since the overall balance of the crossbow is well distributed and, unlike the classic scheme, there are no problems with the overweight of the front part of the crossbow block. When fired, the crossbow stays in place and does not “bite” forward downward.

Therefore, bullpup makes it much more comfortable, and most importantly, accurate, to shoot not only from the stop but also from the hands.

In this regard, before choosing a crossbow, pay attention to this important nuance.

As a rule, most crossbow manufacturers make a guide from milled aluminum, but every year, innovative technologies and materials are more and more introduced into crossbow construction. In this connection, you can easily find good crossbows with guides from other materials.

The second, of which, of course, I would like to say, is the scheme for attaching the release lock to the guide. There are two types of attachment.

First, when the lock is built into the guide itself, such a scheme is flawlessly reliable and has no flaws, the load of the shoulders transmitted by the bowstring to the lock of such a crossbow does not in any way affect the lock mechanism itself, the shot occurs without the backlash of the mechanism, accurately and reliably!

Still, practice and time have proven that both of these design solutions are reliable and have a right to exist. For example, a giant like Barnett always uses a parallel scheme for attaching the trigger to the rail, justifying this by the fact that most of our hunts take place during the cold season, and this scheme minimizes the effect of cold on the state of the metal that gets from heat to cold.

The butt is an integral part of every crossbow. And adjusting fitting your butt to your anthropometric data is the most important task facing the shooter; therefore, initially, it would be nice if your crossbow can change the position of the stock, the so-called adjustable retractable butt. With him, you do not have to make a collective farm in an attempt to fit the butt for yourself.

All crossbows are equipped with sights, as a rule, these are Picatinny strips, on which you can install any type of sights, be it a collimator or a classic telescopic sight, just as, without any problems, both night vision and thermal sights can be used on the crossbow.

As you can imagine, the weight of these sights is very different and varies from a hundred grams to a kilogram or more, and this weight, inevitably, can affect the overall balance of your crossbow.

In this regard, it will be much more convenient for you if your crossbow is equipped with an adjustable forend. This will allow you to easily solve all the issues related to adjusting the balance you need.

All crossbows are equipped with manual tensioners. With the help of the tensioner, you can easily load even the most powerful crossbow.

And, of course, you can pull many crossbows just with your hands, but there is a chance that when you cocked the crossbow, you can slightly distort the bowstring, which, inevitably, will affect the accuracy of the shot. With practice, you will eventually learn to load the crossbow correctly manually, and your shot will become accurate.

Read also – What is Eye Relief & How Does It Affect Scopes & Rangefinders?

If you’re shooting for fun, the weight of the crossbow doesn’t matter at all. If you shoot a sniper, then I would choose a more massive and heavier crossbow, but as for hunting – here, weight is of great importance.

Running hunting, hunting from an ambush – in these conditions, the dimensions and weight of the crossbow can and will play a key role.

It is difficult to imagine a comfortable hunt; besides, do not forget that on your already not light crossbow, there will still be a sight, a flashlight, perhaps a bipod, all this will add weight to an already heavy one crossbow. In this connection, you should weigh the pros and cons in advance.

There is a perfect proverb: “Better to hit slowly than miss quickly.”

Most modern crossbows are overly powerful, mainly due to fierce competition in the crossbow market. Marketing and, again, marketing, big names with high-speed characteristics – a very good advertisement for the sale of a crossbow. While comfortable, accurate, and most importantly, lethal, the shot fades into the background.

Therefore, you should know that there are very few simultaneously fast and accurate crossbows on the market; you can count them on your fingers, and even then – with one hand! And, on the contrary, there are many very fast crossbows, but one can only dream of firing accuracy from them.

The speed characteristics of crossbows are made up of three components. The first is the strength of the arcs (shoulders) of the crossbow; the more energy in the bent shoulders, the faster the arrow flies.

The second is the length of the guide, and the longer it is, the greater the acceleration of the boom will be, and, accordingly, the departure will be much faster than on crossbows with a shorter guide length.

The third is the design features of the shape of the blocks. Here you need to understand that there are aggressive teardrop-shaped blocks, and there are, more friendly, blocks of an almost round shape.

My advice to you: do not chase prohibitive speed; crossbows with speeds from 340 to 370 fps are very suitable for hunting and sniping. Your shot from such a crossbow will be flawlessly accurate, and the power of such a crossbow is more than enough to get the largest animal inhabiting the territory of the USA.

When shooting recreationally somewhere in the country, your distance is unlikely to exceed 10-15 meters. When shooting sniping, depending on the pulling force of the shoulders of your crossbow, the distance can vary from 30 to 100 meters.

When hunting, your range will be between 10 and 45 meters. A crossbow is not a firearm, and the arrow’s flight speed is much slower than that of a bullet.

In this regard, the specificity of hunting with a crossbow lies in the fact that you, first of all, know how to hide the animals, know how to approach the object of your hunt silently, or be able to let the animal into the distance of the shot imperceptibly.

The crossbow is perfect for hunting from an ambush on salt licks and lured grounds, where, again, the shot distance rarely exceeds 20-25 meters.

The Use of Broadheads

For entertainment and sniping, broadheads are completely useless. But hunting without broadheads is impossible!

Here, you need to know two things. First, every broadhead must be shot. Even if your sport-tipped arrows perform well on the target, this does not mean at all that you will get the same flawlessly accurate result by winding a broadhead on one of these arrows. Remember, arrows with broadheads require separate zeroing at ranges.

The second thing you should know:

Therefore, the accuracy of a broadhead shot from a crossbow is of the utmost importance. The shooter, as a rule, seeks to hit the lungs of the animal, and the broadhead, making a through wound channel, causes a sharp drop in blood pressure, from which the blood ceases in sufficient quantities to enter the animal’s brain, and, as I said, the animal falls asleep.

Under unfortunate circumstances, when the animal, after being hit by an arrow, still managed to hide from sight, a reliable broadhead, thanks to its cutting qualities, will give you a chance to get the animal, since after being hit, there will be a good, clearly readable blood trail. 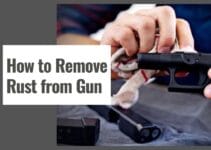